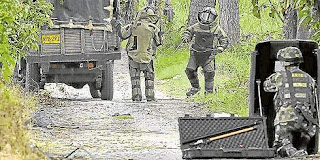 Report by the Truth and Reconciliation Commission of Honduras

For more information, please visit the OAS Website at www.oas.org. 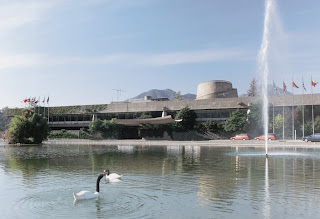 What Lessons Can Europe Learn From Latin America?

Q: Since the global economic recession in 2008-09, several European countries have struggled with debt crises that many analysts have likened to Latin America's struggles in past decades. What do the two situations have in common? What differentiates them? What lessons can Europe learn from Latin America and how should Europe handle its ongoing financial crisis?

A: Kevin P. Gallagher, associate professor of international relations at Boston University: "Latin America holds many lessons for the Eurozone debt crisis. Restructure now and reform your trade treaties. The Latin American experience shows that kicking the can down the road does more harm than good. Bailouts use global and domestic taxpayer funds to lend evermore to debt-ridden nations who have to use the money to pay back creditors rather than put their economies on a recovery path. Thus, the underlying economic environment doesn't change and the nation eventually defaults. This happened in Brazil, Uruguay and, of course, Argentina. In contrast to the Eurozone experience though, alongside restructuring, Latin American currencies plummeted, which Greece cannot do under the euro. It is also true that Latin America happened to be endowed with key primary products in the middle of a commodity boom. Greece is not so lucky. Despite calls by the IMF to establish a sovereign debt restructuring mechanism after the Argentina crisis, the world's attention went elsewhere. As I show in my new study, The New Vulture Culture: Sovereign Debt Restructuring and International Investment Treaties, in the absence of conscious global economic governance, we may be left with a de facto regime: the thousands of international trade and investment treaties that have jurisdiction over government debt. Argentina has been sued under trade treaties for its restructuring. Europe, and Latin America, should reform their trade treaties to allow nations to prevent and mitigate financial crises."

A resposta política para a crise