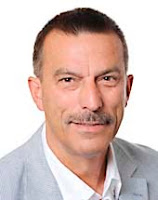 Climate change has so far not been a main focus on the political agendas in Latin American countries even though the region is particularly threatened by resulting natural catastrophes.

In a new climate contract on global level Latin America could play a key role especially as regards the upcoming UN climate conference scheduled for the end of this year in Mexico.

A country such as Brazil which has a concrete climate strategy could serve as a model for other southern developing countries better than any representative of the industrialized world.

International measures and concessions in the fight against climate change could be of benefit for most Latin American countries. In this region of the world you have 40% of all tropical forests worldwide. Their deforestation contributes to an enormous extend to climate change and can outweigh any Co2 reduction measures in other industries.

Latin America with its enormous bio capacity could make an ecological offer and require as a counterpart technological help in adapting their industries to climate change.

This brings perspectives for a new north-south transfer that goes beyond traditional development policy.

But Latin America does not use this advantage in international negotiations so far. Except from Mexico that is a member of the OECD all the rest of Latin America is merely represented by the G77, a group of more than 100 states exclusively composed by developing and emerging countries.

Only Brazil and Mexico have carried out national strategies against climate change and as there is no concerted action in the region, the world's focus lies on those two emerging countries.

The next climate conference is in view and will take part in Mexico from 30 November till 10 December 2010.